SUNDAY'S PARADE HAS BEEN POSTPONED. A NEW DATE WILL BE ANNOUNCED. THE THURSDAY, MARCH 12 RECEPTION IS CONTINUING AS SCHEDULED.

This Irish-American tradition attracts more than 14,000 visitors – making this parade one of the biggest events in Hackettstown. Streets fill with enthusiasm as families, residents and visitors line up along the curb, in store windows and porches to celebrate and witness the festive parade.

To inspire the Irish spirit in all of us, the BID will be honoring the 2020 Grand Marshal, Joe Barnes from Hacketstown, Ireland, with a gala reception dinner at David’s Country Inn on Thursday, March 12, 2020 from 6:30-9:30 p.m.

This parade is pet-friendly, with a special pet costume contest sponsored by Doggie Styleashes. Pets will be invited to walk the parade in their St. Patrick and Irish Heritage costumes after judging.

The BID is encouraging floats as part of participation, too. There will be a parade float contest as in past years, in St. Patrick and Irish Heritage theme and open to designers’ creativity. Participants can confirm their floats on their registration form. Registration is open for individuals, businesses and other groups to be part of this highly anticipated event. Visit www.hackettstownbid.com/stpatricksparade/r....

More information about the reception and ticket reservations is available on www.hackettstownbid.com.

Meanwhile, the reception dinner on March 12 features a live pipes and drums performance and a dance performance by Slattery School of Irish Dance. All are welcome to reserve seating for the night through online ticket purchase at www.HKTWN.com via Paypal or pay via check in-person at the Hackettstown BID office 219 Main St., Hackettstown, NJ.

Joseph (known to everyone as ‘Joe’) Barnes was born and raised in the tiny hamlet with the very modern-sounding name, Coolboy, (which is the anglicized form of the Gaelic placename meaning ‘Yellow Nook’) in 1949.

There are several theories about the origin of Joe’s surname: Barnes is a translation of the Gaelic name, O Barruin. Some say that it is a derivation of ‘O Byrne’ a well-known Gaelic clan, indigenous to Counties Wicklow and Wexford. Others say it is derived from the town of Barnsley in Yorkshire, England, from where many Norman settlers arrived in Ireland in the 12th Century. One way or the other, the Barnes family has a deep and sustained heritage in Ireland, stretching back at least 900 years.

Joe met this future wife, Frances, at a dance and, after marrying, the couple moved to London in 1967 in search of opportunity. Their eldest daughter, Michelle, was born there in 1973. Homesick and realizing that London in the 1970s was quite a hostile place for a young Irish family, Joe returned to Ireland and settled in Hacketstown, County Carlow, tucked into Ireland’s South East and in the shadow of Lugnaquilla, the highest mountain in Ireland’s Eastern province. Three other daughters were born there – Elaine, Melanie and Julie-Anne – and Joe still lives in the original family home. Frances and Joe divorced in 2004, but maintain a shared commitment to their family; which now includes their adored grandchildren; Eilidh, Fraser, Caolan, Eabha, Hannah, Daithi and Maggie. Joe and Frances were determined that their girls were afforded the educational opportunities; which circumstances denied them; all four women are college graduates (Michelle in Communications, Elaine in Business, Melanie in Nursing and Julie-Anne in Journalism).

Joe held several long-term occupations in the community, most recently for the Engineering Department of the local County Council, where he oversaw the construction and maintenance of roads and public infrastructure throughout the County. He retired in 2013. Joe joined the Fire Service in Hacketstown where he was a retained firefighter in addition to his full-time job. His commitment and leadership capabilities were recognized and he was appointed Station Officer in 1988, serving until 1999. It was, in fact, through the Fire Service that Joe’s connection to Hackettstown, New Jersey emerged, with a letter reaching out to their Irish brothers with an invitation to join them for a celebration in 1997. The connection and fondness between the two towns has grown over the years which makes Joe very proud. He views his instrumental role in forging the transatlantic relationship as one of his proudest achievements. Joe has visited Hackettstown 15 times and has formed fond and strong friendships even further.

In his spare time, Joe has a passion for collecting and restoring vintage machinery. He also loves to travel and has visited many European countries as well as several US states and cities.

Joe is honored beyond words to be this year’s Grand Marshal. He wants to extend a sincere thanks to the BID and to his many friends in Hackettstown.

To those who have not yet visited their sister city in Ireland, Joe would like to extend a Cead Mile Failte – a Hundred Thousand Welcomes. 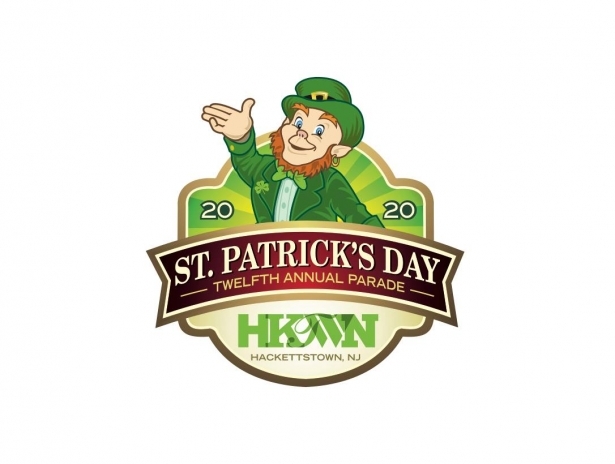 This Irish-American tradition attracts more than 14,000 visitors—making this parade one of the biggest events in Hackettstown. Streets fill with enthusiasm as families, residents and visitors line up along the curb, in store windows and porches to celebrate and witness the festive parade, stepping off at 3:30 p.m.